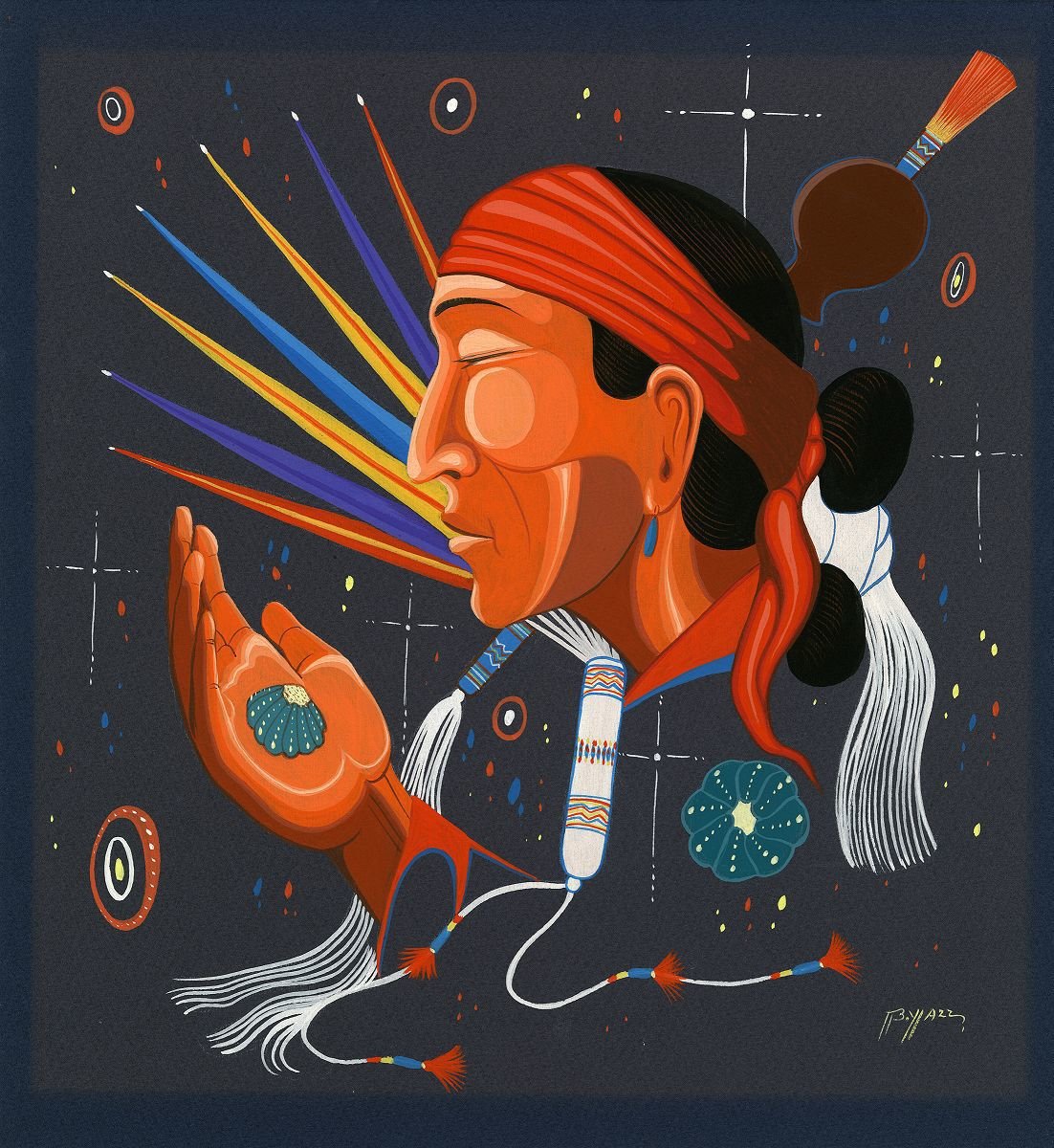 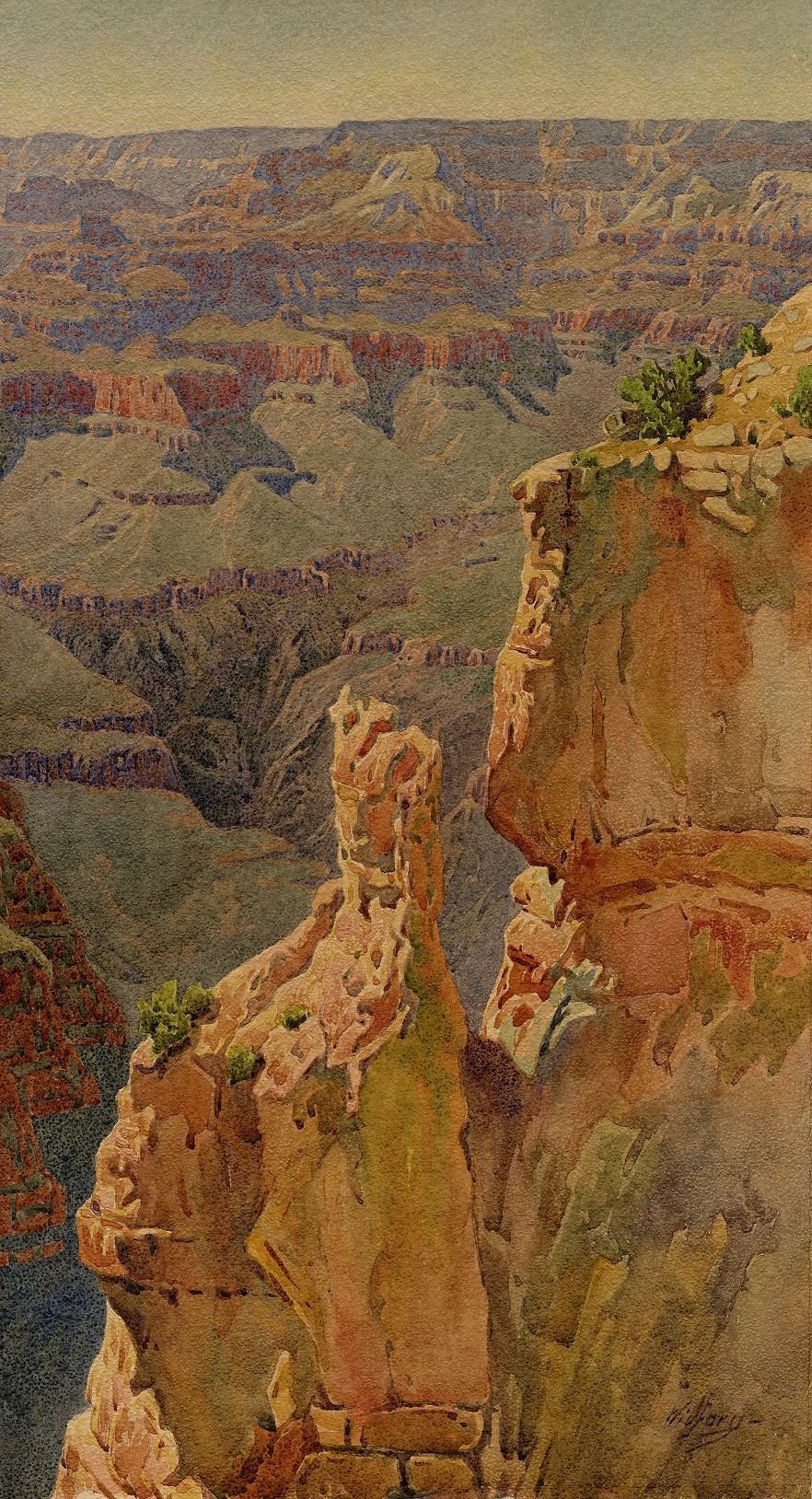 When the Museum of Northern Arizona’s was founded in 1928, its mission was to protect and preserve the natural and cultural heritage of northern Arizona through research, collections, conservation and education. The museum’s founders, biologist and archaeologist Harold S. Colton and artist Mary-Russell Ferrell Colton, placed a strong emphasis on the role of science and art throughout northern Arizona and the Colorado Plateau.

Its mission is the same 90 years later.

Over the years, donors have contributed to its fine art collection, and a new exhibit, “In Retrospect: Growing Our Own Artists,” showcases this family of donors, as well as the  myriad of local and regional artists who helped the museum grow into the arts, science and education establishment it is today.

Alan Petersen, who has served as the museum’s art curator since 2005, said that focus on art and science is important to him, as his life could have easily gone one way or the other. Now, as well as curating art, Petersen paints and draws, and even teaches art history at Coconino Community College. His decade-long tenure has been fun, he said, but this exhibit has been one of the most inspiring.

“What I envisioned [when accepting the job as art curator] was the ability to play around with this great collection and to do exhibits that reflected, not only the institution and the collection, but my love and my interest in the greater Grand Canyon region and how it’s so important to Flagstaff,” he said. “In a way, [curating “In Retrospect” was] a challenge, but what I really wanted to do was to talk about this extended family that has been supporting the museum since its founding and how we’re really dependent on them for this art collection, and grateful.”

Among the many donors represented are Edward B. Danson II, Cindy Perin and Dick Wilson.

What started out as a modest fine art collection has grown into one with more than 3,000 works ranging from watercolor depictions of Hopi kachinas and Navajo social gatherings to large oil paintings of the region's remarkable landscapes. Styles span 19th-century Romanticism to 21st-century conceptualism.

On display for “In Retrospect” is only a handful of that collection, but Petersen said each work represents a unique perspective and “gives a really diverse view of the land and the people of the Colorado Plateau region.”

Among the 46 artworks in the retrospective exhibit are six pieces by Gunnar Widforss, a Swedish-American artist who died at the South Rim of the Grand Canyon at age 55. As well as exhibiting some of Widforss' work in a previous show, Petersen has helped found the museum’s new Gunnar Widforss Institute to help promote the study of the artist’s work and life.

As a painter himself, Petersen says he’s found inspiration in Widforss’ art.

“I first became acquainted with him when I first moved here in 1976, and he personally became one of my favorite painters just for his ability to capture the Grand Canyon in such a lucid way,” Petersen said.

Other artists in the new exhibit include Keats Begay, Beatien Yazz, Bruce Aiken and Mary-Russell, but the oldest work is a piece called “Encampment on the Kaibab” by Frederick Dellenbaugh, an artist and assistant topographer on John Wesley Powell’s second Colorado River expedition.

“In Retrospect” also has more recent works from the museum collection, including a painting from 2012 by Dan Namingha, “Hopi Mesa Gap – Polacca,” that was part of a significant bequest from the estate of Philip M. Smith. That gift included funds for an endowment to create an artist education program, the Namingha Institute, which will hold its first session this June.

Mary-Russell, in a letter to the Coconino Sun (now the Arizona Daily Sun) in 1927, just one year before the founding of the Museum of Northern Arizona, wrote about Flagstaff’s opportunity to showcase the surrounding area's “taste and vision.”

“This is our ‘psychological moment,’” she wrote. “Will we look far enough ahead to envision the museum as a living, growing fact in the community, not only as a place for the storage and exhibition of archaeological material, but for the encouragement of modern and Indian art, so closely linked to the ancient, and as a unique setting for the exhibition of modern paintings, whose inspiration has been drawn from the deserts and canyons and picturesque native peoples of northern Arizona?”

The works on display at “In Retrospect” run the gamut of artistic methods and styles, showcasing how land and culture have blended, creating a unique form of expression found here in northern Arizona.

“In Retrospect: Growing Our Own Artists” is on display at the Museum of Northern Arizona, 3101 N. Fort Valley Road. Also on display are “Pivot: Skateboard Deck Art” until March 31, and “The Ant Empire: Strength in Community.” Admission prices are $12 for adults, $10 for senior and military, $8 for youth, students and American Indian, free for children 9 and under. www.musnaz.org

“See how it flows on there? If you need to add water, add water, otherwise it’s not going to move, and you end up fighting the paint,” Baje Wh…