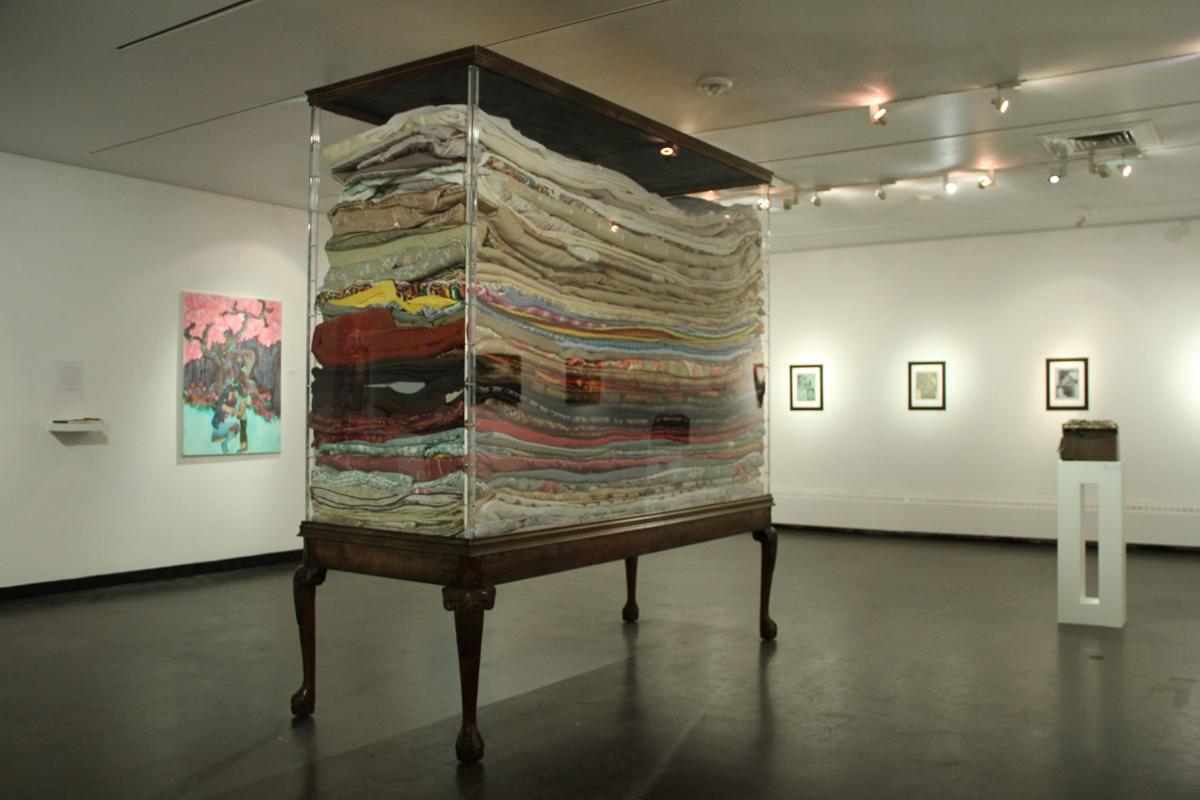 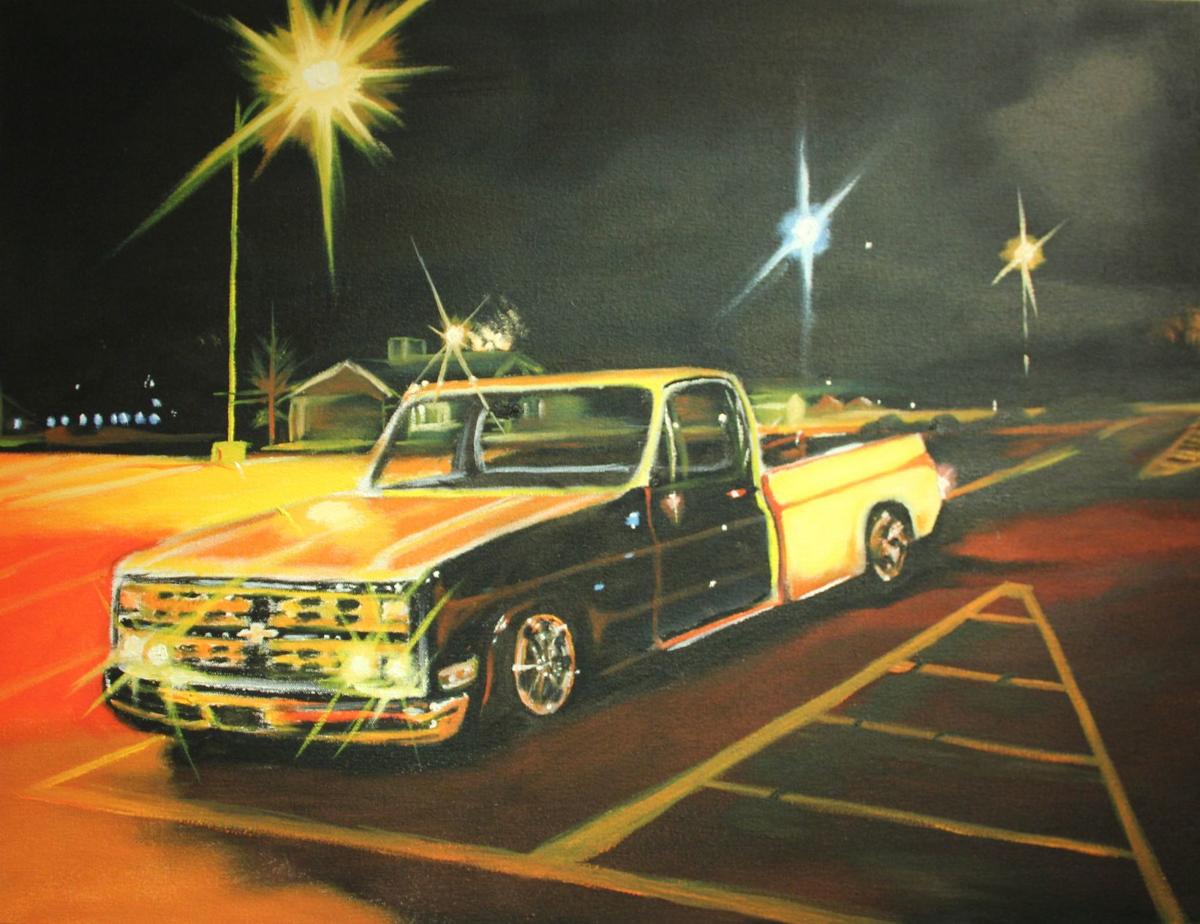 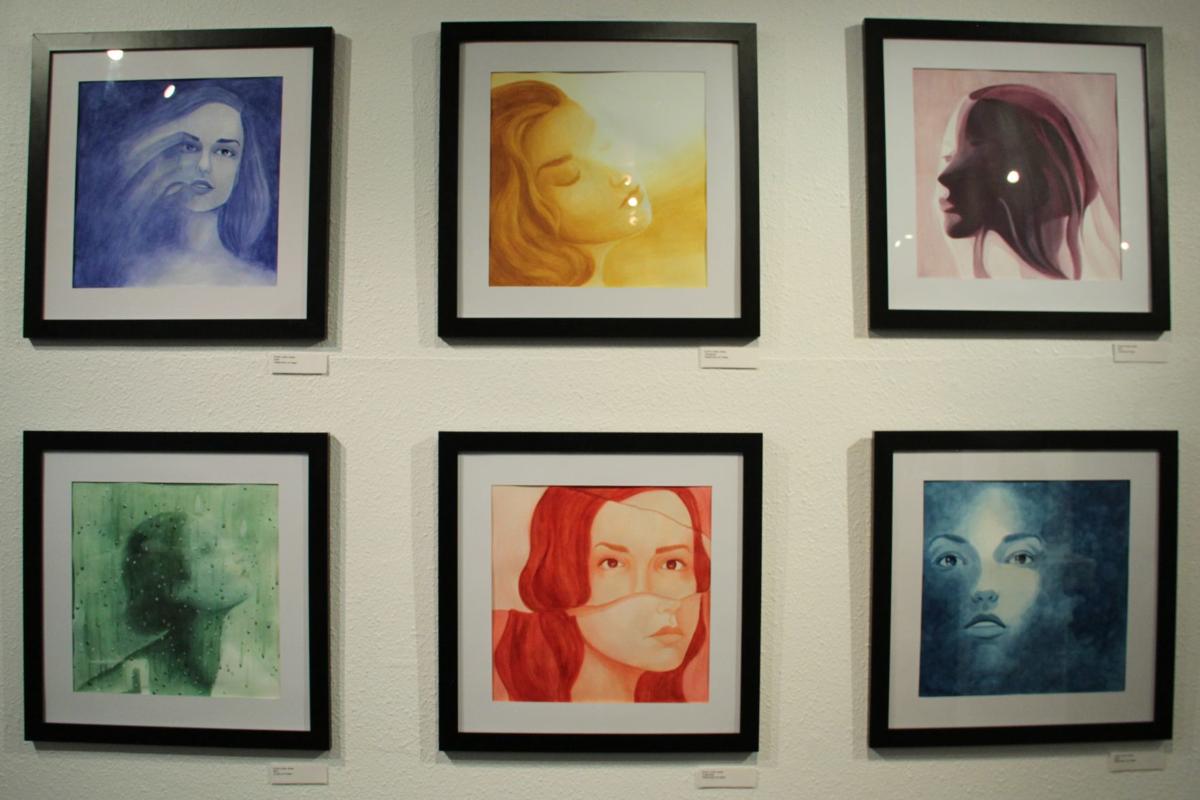 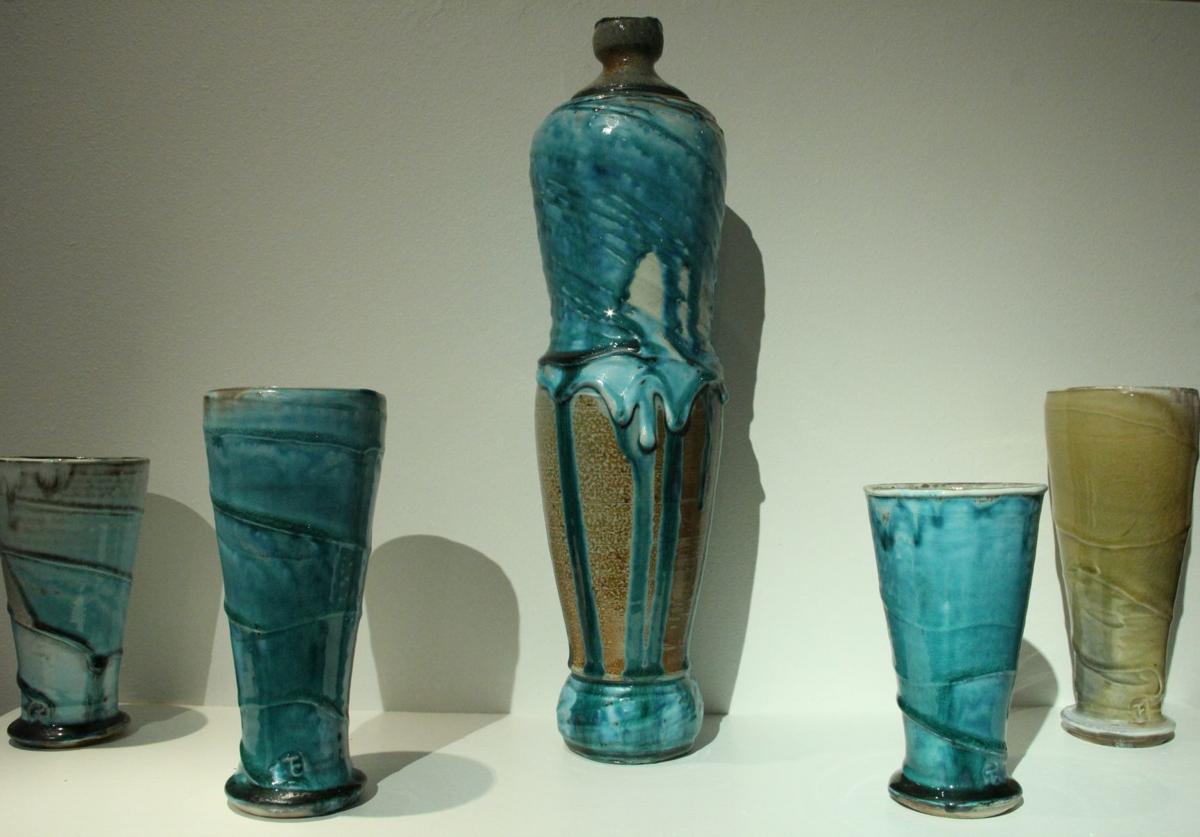 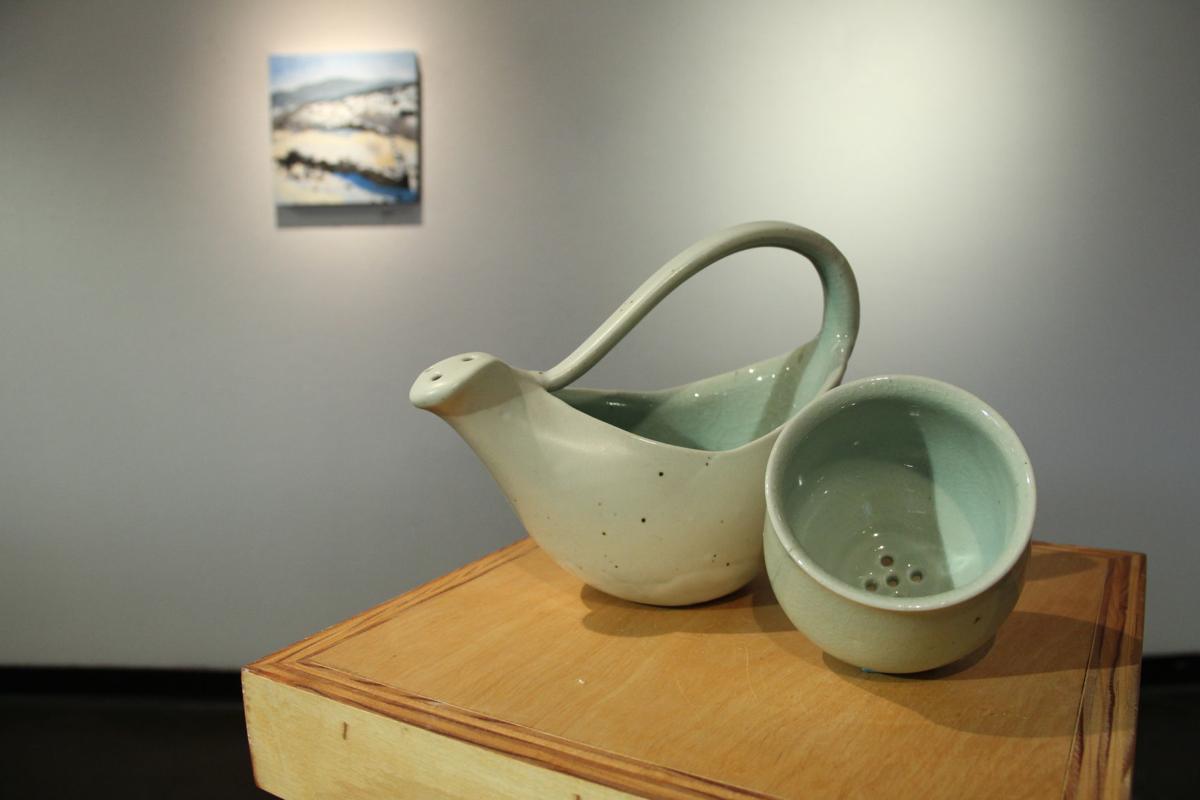 "She's Cute and She Gets Wet" by Michelle Smith. Porcelain with a celadon glaze.

Each semester closing at Northern Arizona University marks a new beginning for graduating students. For undergraduate students in the fine arts program, that takes the form of the biannual BFA show in the Beasley Art Gallery, where they showcase their final formative pieces.

“I’m always excited to see the students’ skills develop and then a little sad to see them leave,” said Christopher Taylor, the gallery's coordinator and a drawing and painting instructor. “It’s one of those kinds of cycles.”

This semester’s show combines a variety of media with paintings ranging in style from realism to more abstract ideas and anime scenes. Pedestals holding ceramic vessels as well as a few multimedia sculptures dominate the gallery's main room.

The BFA show will be on display in the Beasley Gallery inside NAU’s Performing and Fine Arts Building, 1115 S. Knoles Dr., through Friday, May 11. Gallery hours are 10 a.m.-5 p.m. Tuesday, Thursday and Friday. Admission is free. Call 523-4612 for more information.

Several of the students in this semester’s show used their final project as a way to explore new techniques and motifs.

Ceramics major Michelle Smith decided to move away from the more traditional vessels and teapots she had been making the past three years, and for her final project, created forms with pinched spouts.

“I just wanted to run with it and see what I could do with it,” she said.

The result is a series of porcelain cups, watering cans, pitchers and teapots, which she incorporated humor in writing the titles. She titled a cup and teapot set that reminds her of sake bottles “Tea or Sake?: Battling Budding Alcoholism.”

“One of the things that people have noticed so far about my work is that my titles are the way I speak,” she said. “They definitely have my voice, which I thought was important.”

Although Jones typically has worked with acrylic paints, she said she wanted to explore watercolors more in her final project to better depict atmosphere and feeling.

“I think much of the time when we behold an image our minds play a major role in assuming definition. If part of the image is hidden or blurred it intrigues the viewer and elicits further examination. It is then that the real magic occurs,” Jones wrote in her artist statement.

A large conceptual installation was made by art major Anastasia Wilmer out of Plexiglas, wood, found table legs and blankets.

“Blankets become home,” she said. “We’re swaddled as babies in blankets; we go to sleep with a blanket every night. They represent warmth and comfort and even until the time of our death blankets are with us.”

In “Vita-Common Thread-Mortem,” Wilmer used the symbol of blankets to explore her emotions following the murder of a friend two years ago in which blankets played an important role in the crime scene. The Plexiglas rises from a tabletop to create a box with the same dimensions of a grave. The blankets are arranged by color with neutral tones folded at the top and bottom and those with warmer tones sandwiched in the middle.

“It’s sort of meant to symbolize life into death and the possibility for new life again,” she explained.

Other pieces in the show explore topics on heritage through a series of charcoal drawings and paintings by Ke’yah Keenan Henry, or on beauty as with Jason Oberman’s realistic portraits and Joanna Smith’s multimedia piece featuring metal roses on mattress springs beneath a tube of neon lighting.

For all these students, the BFA show is an opportunity to celebrate how hard they’ve worked at their studies and to gain experience with displaying work in a gallery.

“I get to see directly and indirectly how the students develop, so that’s always really fun for me,” Taylor said.

"She's Cute and She Gets Wet" by Michelle Smith. Porcelain with a celadon glaze.