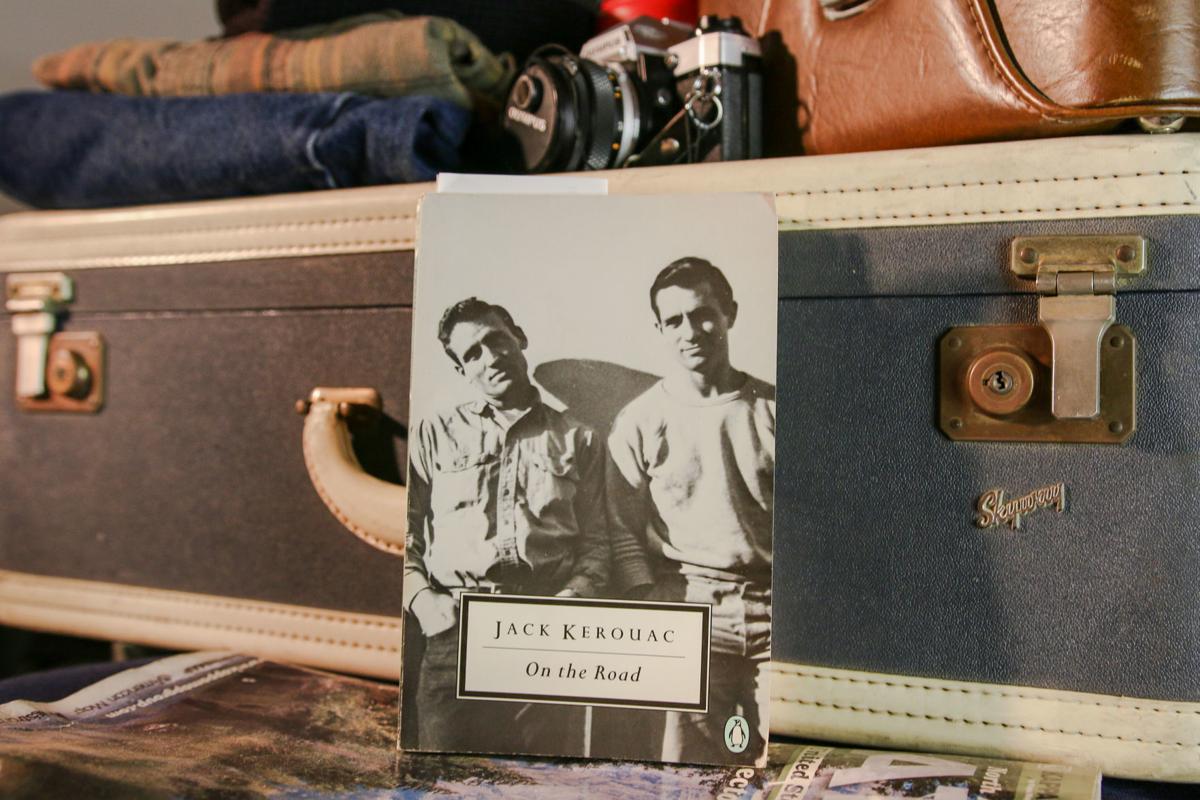 Kerouac died in 1969, but his works remain cemented in Beat culture and vagabond literature. 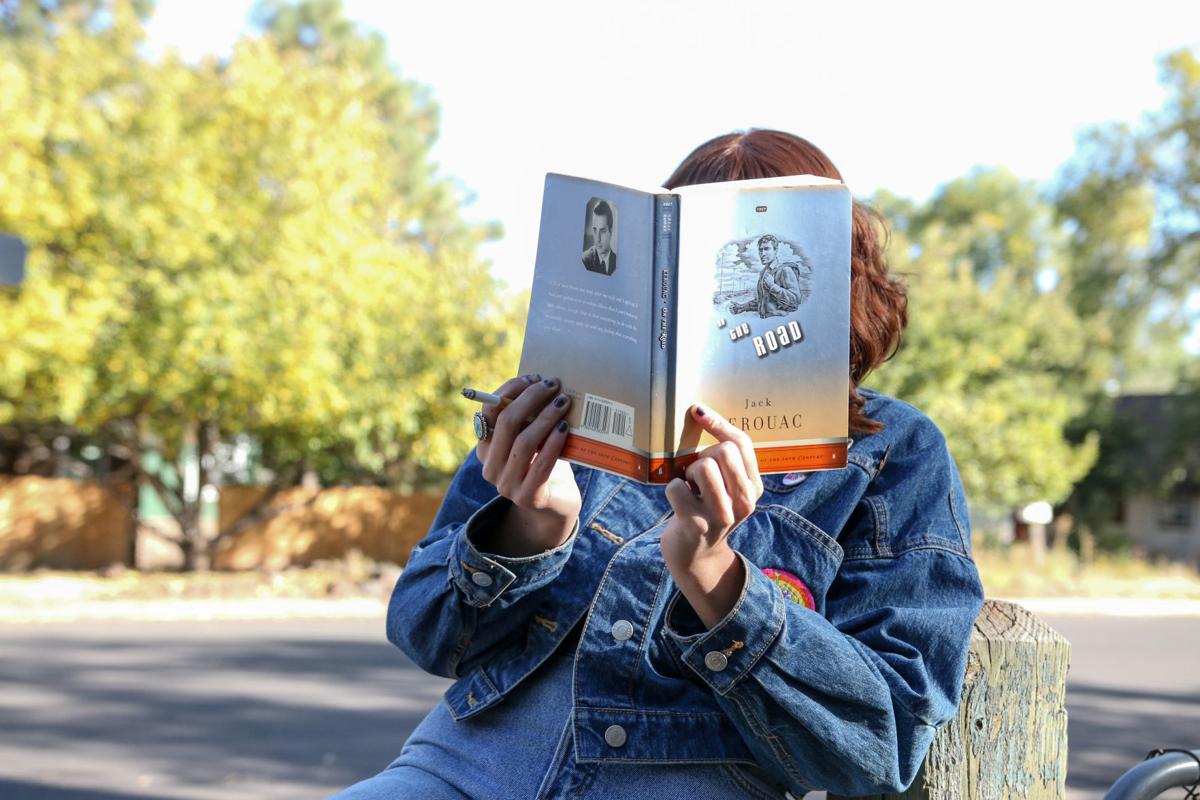 Jack Kerouac's On the Road galvanized the American road journey as an epic undertaking. Although the novel only mentions Flagstaff and Route 66 briefly, it joins journal entries and accounts that place Kerouac in this mountain town.

Kerouac died in 1969, but his works remain cemented in Beat culture and vagabond literature.

Jack Kerouac's On the Road galvanized the American road journey as an epic undertaking. Although the novel only mentions Flagstaff and Route 66 briefly, it joins journal entries and accounts that place Kerouac in this mountain town.

In October 1969, celebrated author Jack Kerouac passed away at the age of 47, 50 years ago this month. He electrified and helped define what became known as the Beat Generation. As part of Kerouac’s work, his travels west—which included Flagstaff, northern Arizona and Route 66—helped define the author’s inspirations and anchored his seminal work, the 1957 novel On the Road. With the anniversary of his passing, it becomes an ideal time to reflect on the Kerouac connection. This entry is the final in a two-part series. Visit the online version to read part one.

Rejoiceful observances are tied into author-poet Jack Kerouac’s first-ever road trip to the American West, which happened in the summer of 1947—shortly after he turned 25. He had met Neal Cassady (who becomes Moriarty in On the Road) where he lived in Denver. Kerouac was midway through his manuscript for The Town and the City, his first book and, like On the Road, a novel with an autobiographical bent. The love of travel Kerouac first felt when setting west is echoed throughout On the Road. Paradise observes, “I was surprised, as always, by how easy the act of leaving was, and how good it felt. The world was suddenly rich with possibility.”

In Kerouac: A Biography by Ann Charters, the beginning of western wandering years of Kerouac—though a bold leap—were part of a perplexing time. “Someone can wander from city to city, as Kerouac was doing, if he has a strong sense of himself and knows the reason for his being in all those lonely rooms and for riding on all those endless buses. But Jack’s desperate flights back and forth across the country during the next six years only mirrored his own confusion.”

However, in the beginning, Kerouac found himself energized by his travels that carried him west. Charters writes, “The stretch from Chicago to Denver in July 1947 was the longest distance Kerouac ever hitchhiked. From then on, he always took the bus to cover long distances, or got Cassady to drive him or, after he became a brakeman, used his pass on the railroads. But it was exhilarating to have come west the first time by himself thumbing rides and he kept thinking with fierce pride, ‘Damn! Damn! Damn! Damn! I’m making it!’”

Though, over time, the westbound travels and the escapades of Kerouac in these early wandering years always ended back home after short bursts of exploration.

“All of the chaos that he described in his books, the feverish excitement, the meeting and pairings, the travels, usually didn’t last long,” Charters writes. “A few weeks, a few months, and he was back with his mother writing it all down.”

Beyond his travels and road experiences, it was the urgent, frenetic writing of Kerouac that turned into a catalyst for young people to take to the highways in search of adventure and themselves. It led to a different kind of road experience than others that began to happen in this time period—one where rebellious youth got their kicks, so to speak.

“Kerouac is interesting, because he is clearly in that post-war, transitional Route 66,” said Sean Evans, an archivist with the Cline Library Special Collections and Archives, in a recent sit-down interview. “It’s not a freeway yet, but it’s that 12-month, year-round, all-weather road from Chicago to L.A. It’s clearly transitioning to a vacation highway. And how better to corrupt that than with this kind of drug-fueled, aggressive, all-out bomb to the coast kind of thing. We’re not taking the family. We’re driving fast. We’re driving irresponsibly. We’re going places. We’re doing things.”

Evans works tirelessly as a researcher and enthusiast of Route 66, as the history and still-thriving corners of the Mother Road have long fascinated him. Though On the Road barely mentions the highway, the small connections, as well as the spirit of the book, place it within the genealogy, he explained.

“When you have something of the stature of novels like The Grapes of Wrath or On the Road, with the conception that you and I have of Route 66 in those novels, we have to think it is going to resonate in a fairly measurable chunk of society,” Evans said. “Then, you layer on top of that Bobby Troup and the song [“(Get Your Kicks) on Route 66”]. Then you have the TV series Route 66. That series, while only a handful of episodes were filmed on Route 66, at least evoked that idea of open-road travel or wandering from town to town, like these protagonists do in a seemingly aimless way. Somehow it revealed something about the American psyche.”

Evans also noted how Route 66 is not only about the highway itself, but about the landscape through which it passes. It conjures the wild and romantic notions of writers such as Kerouac.

“The desert crossings out here make it a different kind of road experience,” he said. “There’s a sense of adventure on Route 66 that you would not get with eastern highways, where you transition from one urban area to another semi-urban area. Here you have wide open spaces and places that are kind of iconic and very much fit that spirit of pilgrimage.”

Also, in a novel like On the Road and the works of Kerouac, it becomes more about how the words or story bond to a place in a mythical or romanticized way—rather than being an explicit and literal naming and cataloging. The question on how to read it and interpret it carries greater relevancy.

“This may be more about the logical leaps we have to make rather than, say, here it is right here on this page of On the Road,” Evans explained of how to connect the book to the highway. “The destination has to be part of it, too. What direction do you go on Route 66? Really, it’s west. To be a movie star, to play in a rock band, that was the end of the road. For a good part of the country, that was how you were going to get there.”

Kerouac recognizes this as well. The one clear reference of Route 66 lands near the beginning of Chapter 13 in Part One of On the Road—emphasis added. “Wild Negroes with bop caps and goatees came laughing by; then long-haired brokendown hipsters straight off Route 66 from New York; then old desert rats, carrying packs and heading for a park and an occasional Nature Boy saint in beard and sandals.”

The author names the road in recognition of its conveyance west and the destinations and aspirations the left coast of America offers. The highway is not as important as the liberation it offers to move out and beyond. As Paradise observed, “The road must eventually lead to the whole world.” And it builds on this greater idea of the highway as destiny, as evidenced by one of the most popular quotes from the novel: “Nothing behind me, everything ahead of me, as is ever so on the road.”

Seth Muller is the author of the Keepers of the Windclaw trilogy, Canyon Crossing, Heart in the Bony Middle and has written several plays. He teaches English at Northern Arizona University and has lived in Flagstaff since 2003. He is the former editor of Northern Arizona’s Mountain Living Magazine.

Musings and the Mother Road: Considering Route 66 and the Beat influence—50 years after Kerouac’s passing

In October 1969, celebrated author Jack Kerouac passed away at the age of 47, 50 years ago this month. He electrified and helped define what b…