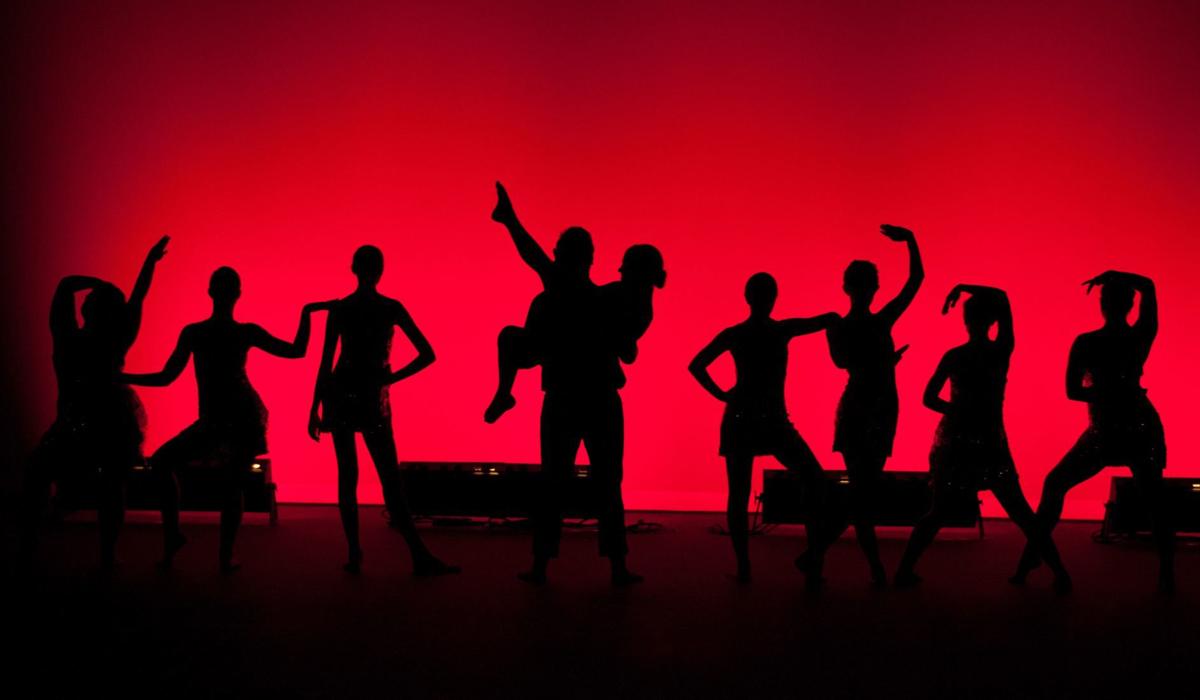 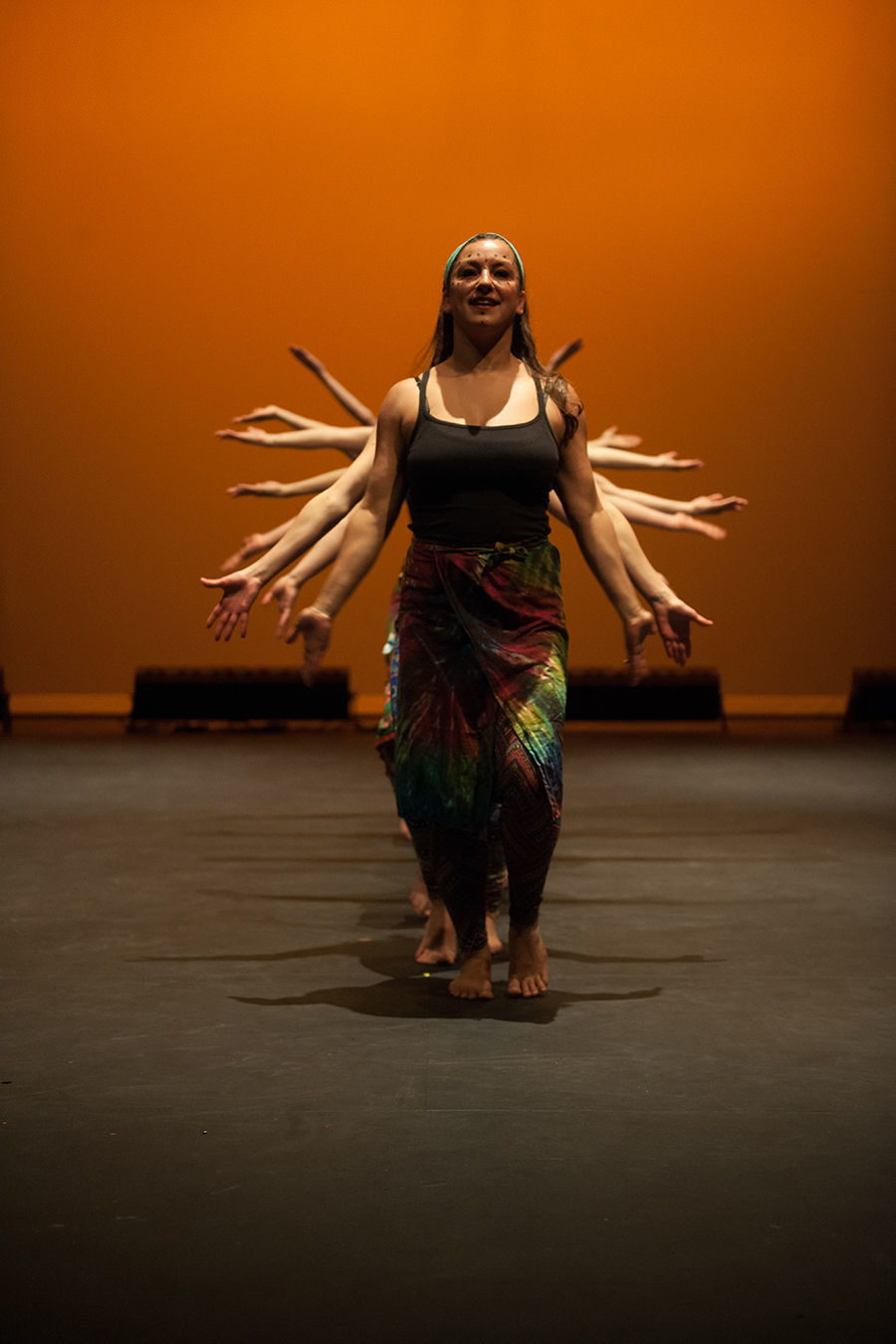 Dancers in a performance from last year's Spring Dance Festival. 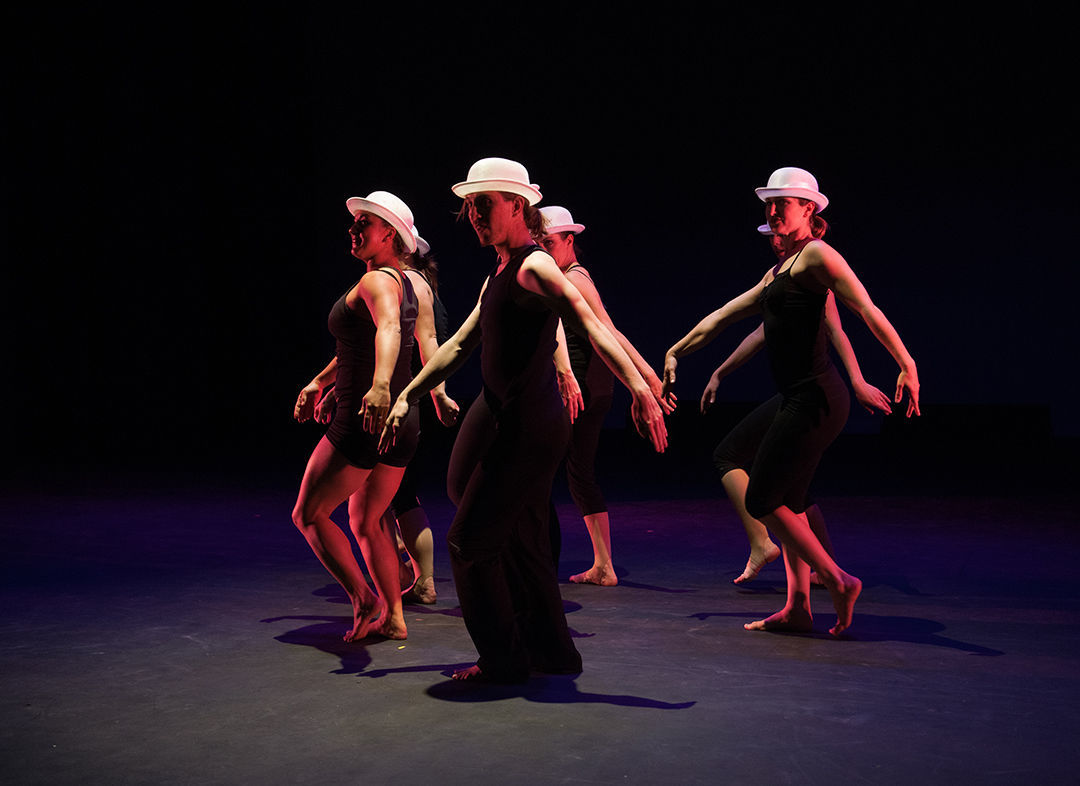 In the wake of a wave of unarmed black men gunned down by police, Leonard Wood spoke out in an expressive way: through modern dance.

And now, for the first time on stage, he will present his piece, “Hands Up,” at the annual Canyon Movement Company Spring Dance Festival.

The festival takes place Friday and Saturday, May 5 and 6 at Northern Arizona University’s Clifford E. White Theatre. Suggested donations are $8 for students, $15 for adults at the door. For more details, see CanyonMovementCompany.org.

Wood, a physical therapist and dancer, and his wife moved to Flagstaff in 2003. Holding a bachelor’s in dance from the University of Maryland, he’s shared stages as a freelance dancer with companies from coast to coast, including CMC and festival co-producer Jayne Lee of Human Nature Dance Theatre.

“Movement is kind of a universal language, same as music,” Wood said. “It’s different from speaking, where you can relate to some movements even though they’re not of your culture.”

Wood explained he had been searching for a way to combine hip-hop and modern dance for years. He began working on movements in “Hands Up” in 2010 and 2011. Then, after he and his wife saw a documentary about gangs in California, he discovered Tupac Shakur’s music fit well with the movement.

“I was trying to create a piece exploring maybe some classical pieces that I could juxtapose with hip-hop dance or some jazz pieces, and it never really worked until I got to the Tupac,” he added, noting in the meantime, Trayvon Martin and Eric Garner were killed, sparking the Black Lives Matter movement.

His piece, created around Tupac’s posthumously released 1996-song, “Lil’ Homies,” was finished two years ago. He pins meaningful movement in time with the music, including fluid gestures, from Wood holding his hands in the air to a gesture mimicking holding a gun, as well as choking. The latter recalling his cousin being strangled due to unfortunate choices that belied his intelligence, Wood said.

“I think Leonard’s dance fits within the festival because it is dance that is reflective of events and opinions and meaning in our culture,” noted CMC Director Gina Darlington.

The pieces in the festival, from jazz to ballet, represent a diverse cross section of dance modalities as well as subject matter. Darlington added a number of heavy topics will be addressed through the art form including battles with chronic conditions not easily observed, as well as the intrepidness of relationships, in tandem with light-hearted, family-centric pieces.

The lyrics behind “Hands Up” are admittedly mature for younger audience members as Shakur rhymes about gang violence and lends perspective for those involved.

In this, Wood noted there are pros and cons to choosing songs with words, that people might draw unintended conclusions, but that he’s glad the movements and lyrics work together.

He channels his experiences in tandem with the music of a cultural icon to piece together a work of art, noting that discoveries along the road to creation illuminate experiences that, if they work, stays within the piece.

Still, some instructors in his past have warned about elaborating on the dance too much because “once you perform it, and once you show somebody, it’s not yours,” Wood recalled. “It [belongs to] those who are watching — it’s their experience.”

During post-show Q&As, some audience members tend to ask about the deeper meaning, and for Wood, sometimes an acceptable response is to ask what the viewer took away from it instead.

“That’s important,” he added. “You want to let go of it and let people have that experience.”

Can The Marlins Stay Hot?

Can The Marlins Stay Hot?

Dancers in a performance from last year's Spring Dance Festival.