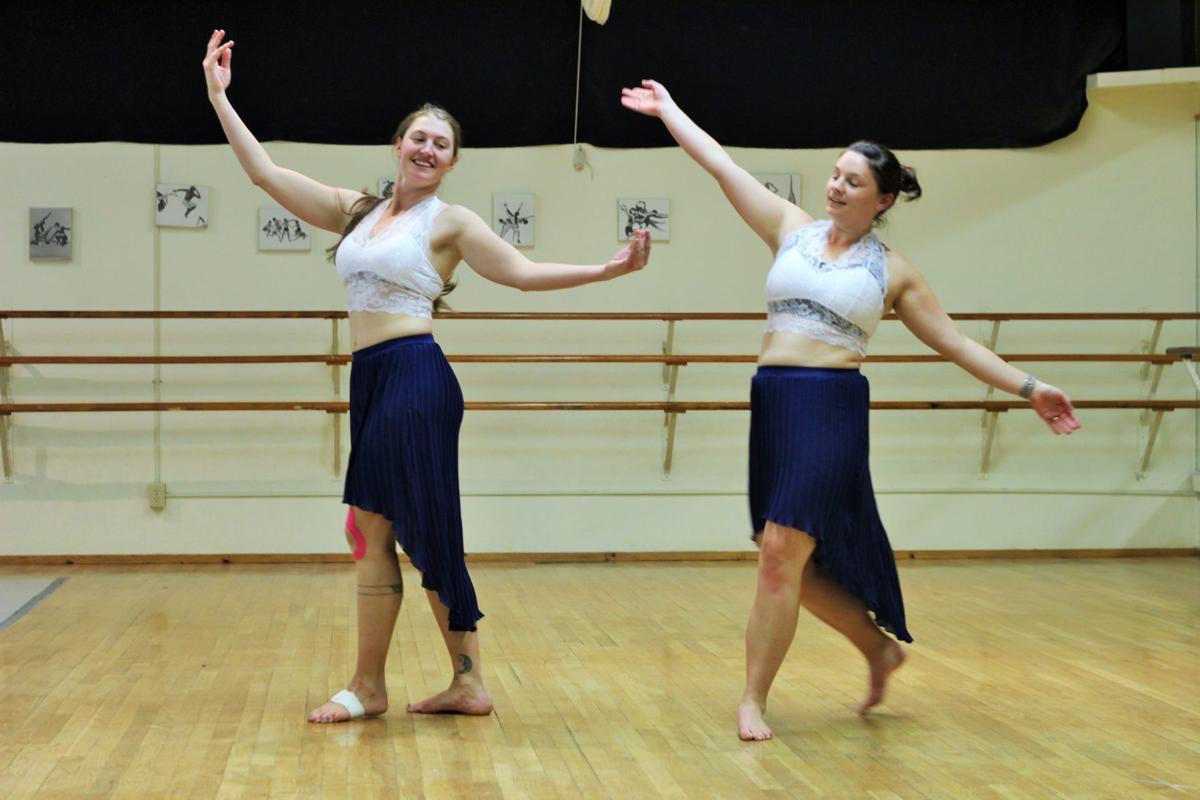 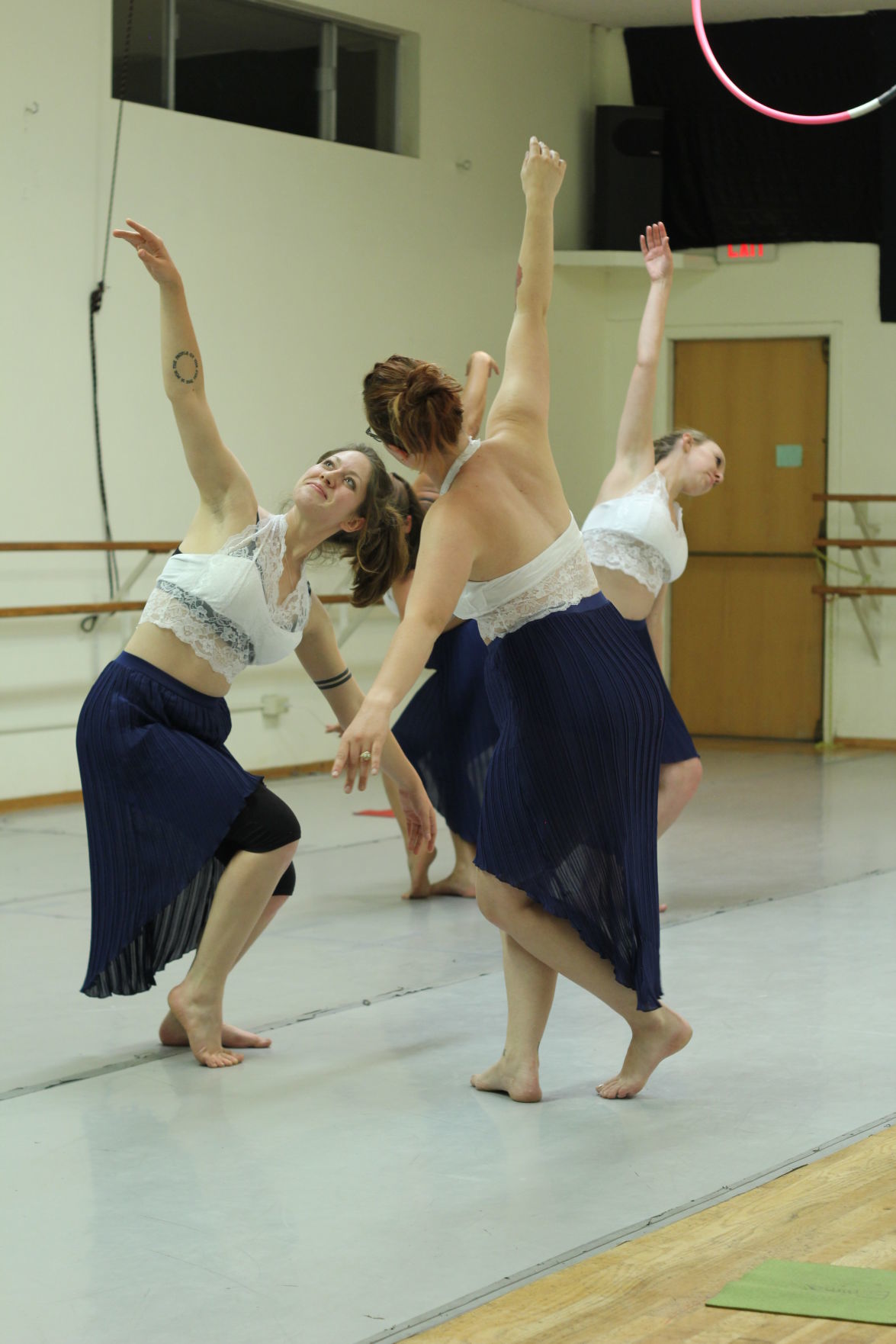 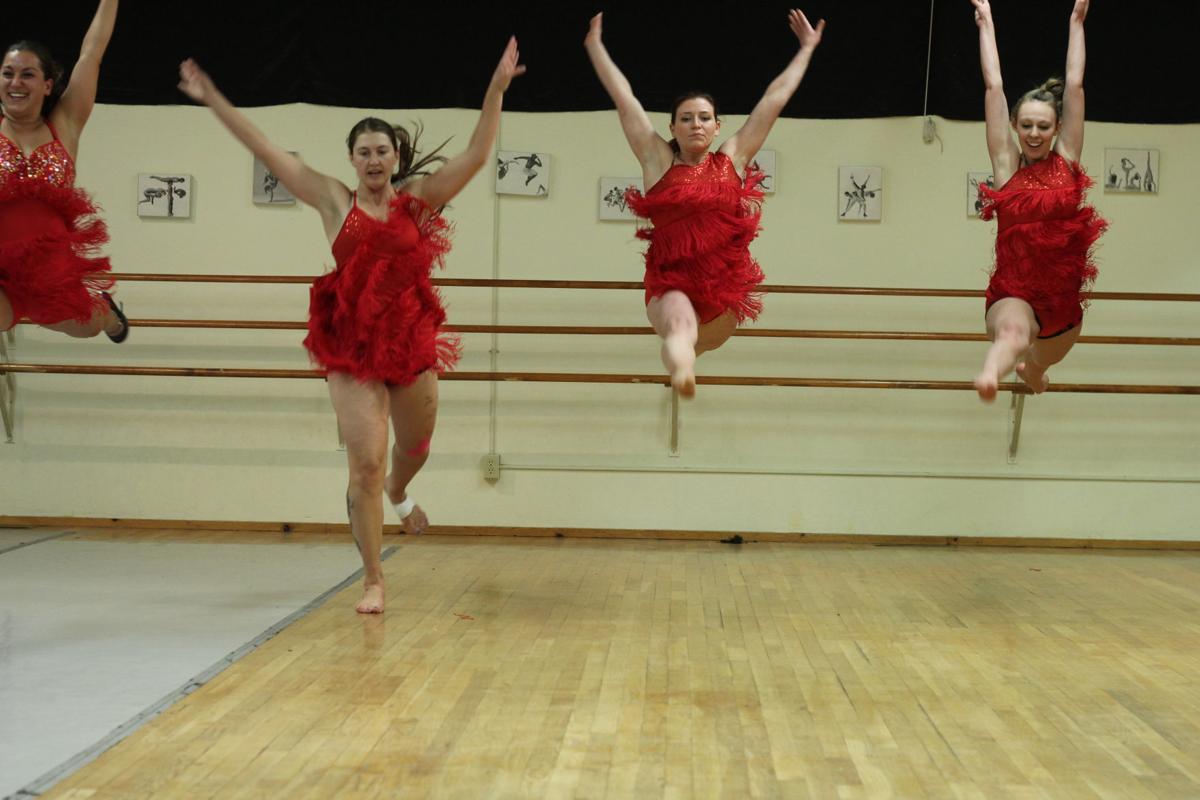 Calling the company a collaborative group, CMC Director Gina Darlington said anyone who wanted to choreograph a piece for the festival could.

Company member Chelsea Foreman choreographed her first dance and took it in a personal direction.

“My husband is a wildland firefighter, and he grew up with the boys from Granite Mountain and was very close to the superintendent,” she explained. “I’ve always wanted to choreograph a dance and dedicate it to firefighters, so it started with a song.”

She took inspiration from “Hold the Light,” a song country artist Dierks Bentley wrote for director Joseph Kosinski’s 2017 film "Only the Brave," which is based on the true story of the Granite Mountain Hotshots and the 19 firefighters who died in the 2013 Yarnell Hill Fire.

Like the song, the dance, titled Ameliorate, begins slowly with graceful movements, gradually building up to a powerful climax of dancers leaping and twirling before they end with their arms raised to the sky.

“After watching the movie I decided to have all of us end in that clump and lift our spirits to those who had fallen,” Foreman explained. She said it was a painful experience, but it was important to her to create a respectful tribute to the hotshot crew.

“Every time I sat down to choreograph it I’d start crying,” she said. “Debuting it to other people who might not understand how much it hits home is intimidating, but it’s been a really awesome experience.”

Phoenix’s CaZo Dance Company will be making their return to the Spring Dance Festival for the second year and have three pieces planned. The first, Romanticized Passing, is about artistic director Bridgette Borzillo’s late grandmother.

“Us grandchildren kind of romanticized it by saying our grandfather came and brought her to heaven,” she explained. The second dance, Come to the Dark Side, explores how things can take us over despite our opposition, such as an addiction, and the third, called The Storm, is a duet which portrays a perfect life getting turned upside down.

“I like to tug at the heartstrings,” said Borzillo. “In rehearsals, we really dig into the piece and how to act it, how to portray it. That’s what we're known for, the acting aspect of everything, and I feel like that comes first for us, then the movement.”

Borzillo said she enjoys performing in Flagstaff because of the connections they’ve been able to make with other groups—they collaborated with Dark Sky Aerial for TILT last year—as well as how welcoming and receptive the community is to performances.

Darlington will be tap dancing in that piece and will also perform in a routine titled Exam Room that features rolling dental chairs.

Each of the dances is unique, and the Spring Dance Festival promises to have a little bit of everything for the audience to enjoy.

“We try to keep the festival fresh every year,” Darlington said. “Rarely do you see the same thing we’ve done in another show. Once in a while, we’ll pull something out that we loved and want to do again, but I think this group in general thrives on making new stuff.”

Lucy Hale found cutting her long hair to be 'liberating'

Lucy Hale found cutting her long hair to be 'liberating'

Next year is set to be a big one for Theatrikos Theatre Company.