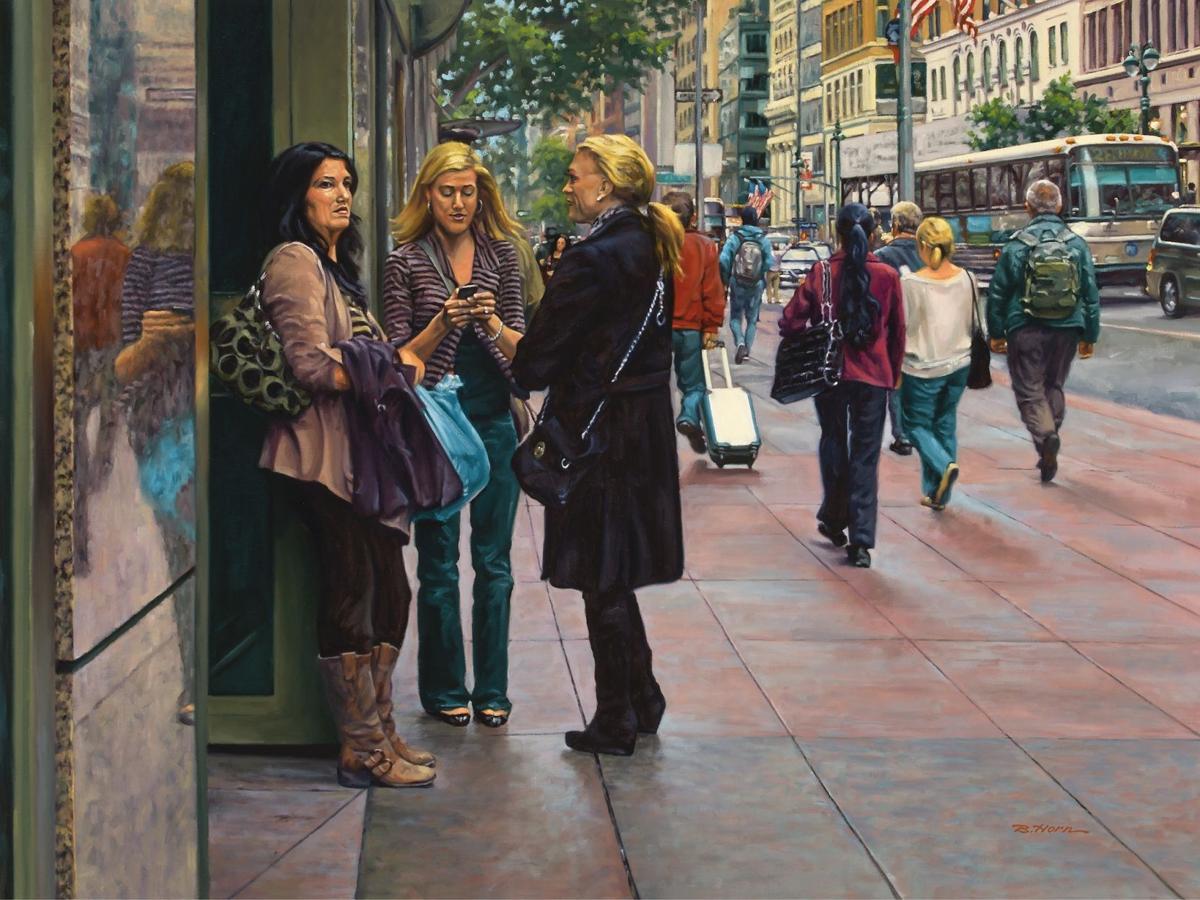 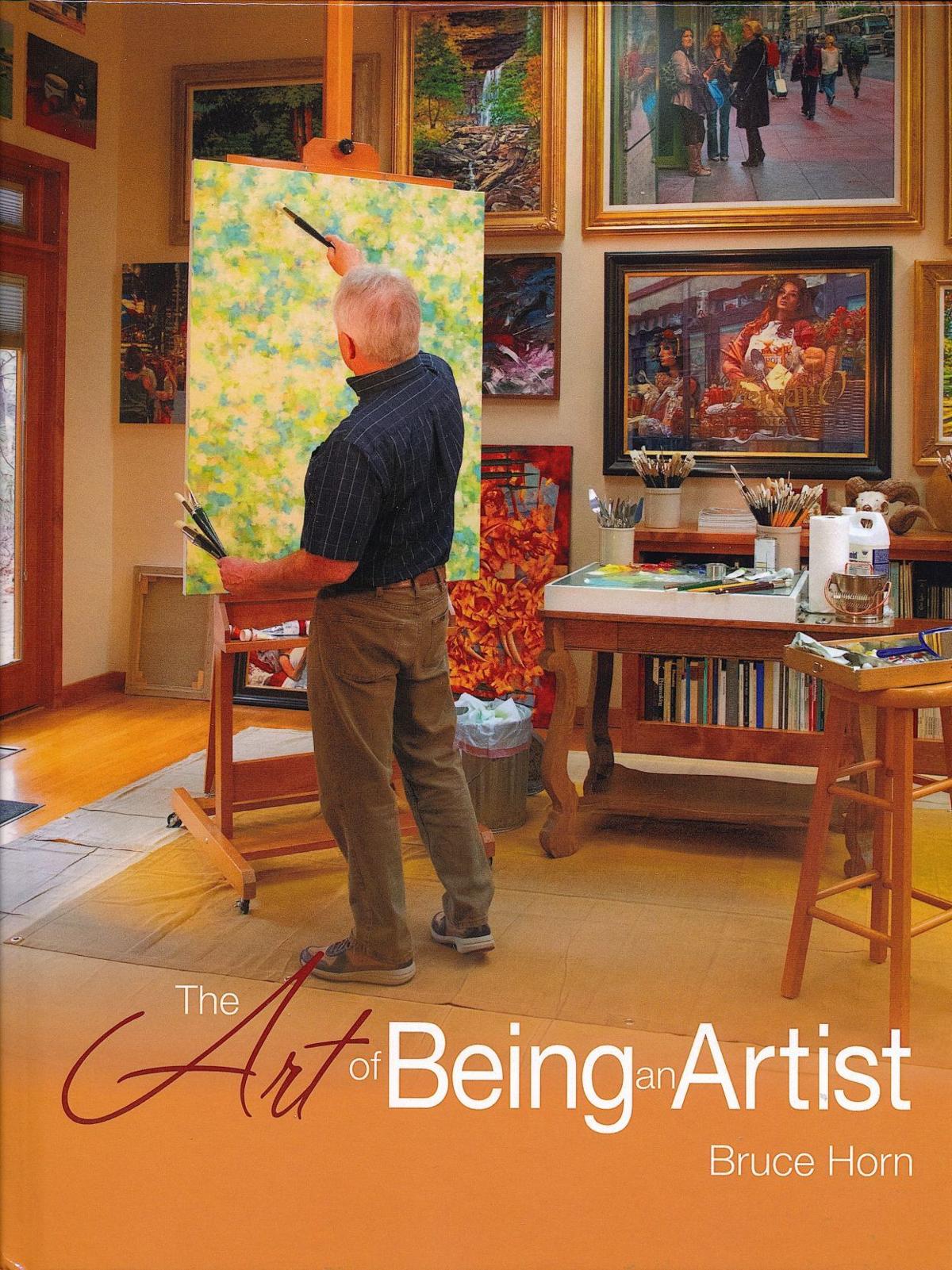 In "The Art of Being an Artist," Bruce Horn explores the history of art and his own philosophy on creating. 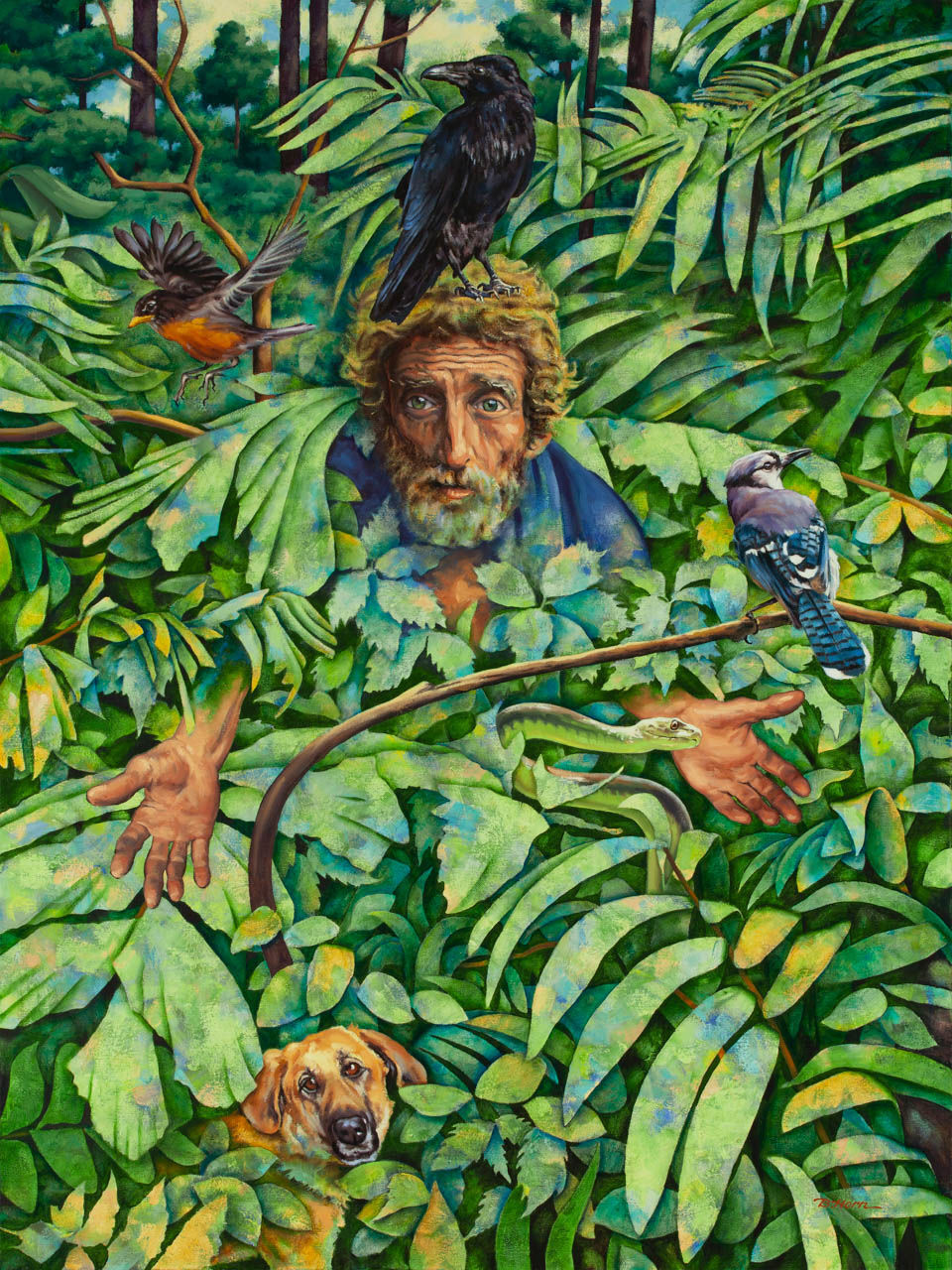 “Art enables us to find ourselves and lose ourselves at the same time.”

Most mornings, Bruce Horn can be found in his home studio, painting through the first few hours of his day. After 30 years of teaching art disciplines like painting, printmaking, drawing, two-dimensional design and color theory at Northern Arizona University, it’s a well-deserved retirement. Still, he has more to share with minds curious enough to listen—or read.

His new book, “The Art of Being an Artist,” is the product of all the lessons he learned throughout that time and in his own education, pieced together over the course of three years. The artist recalled approaching the book with an idea in mind one of his graduate teacher,s Andrew Rush, had brought up one day during a period of Horn’s learning that was marked by self-doubt.

“He said, ‘If there's anything this world doesn't need, it's another million pictures to look at.’ I was thinking about that, and I thought, ‘If I was teaching, how would I use that or deal with that thought in a classroom situation?’” Horn explained. “I started to take notes, things that came to mind to justify it or to contradict it, and I started writing and playing around with it. Before I knew it, I had two chapters, I had five chapters, I had eight chapters and it just kept going.”

The final result, a 200-page hardcover volume, was quietly released this past spring. It opens with a brief introduction and acknowledgements in which he thanks his wife, Pat, and other members of his team who helped make the book possible. Then chapter one, titled “Do We Need More Pictures?” dives right into this quandary he encountered around 50 years ago.

“It has to do with doubt that artists sometimes have when trying to decide on a career or their abilities as an artist. I knew I didn't want to do just a how-to book because there there's some million of them out there and a lot of really good ones,” Horn said. “And I didn't want to make a coffee table book of my artwork. I wanted to deal with ideas, philosophy, what goes on in the studio, questions students ask, how to resolve certain conceptual problems, things like that. Try to do something different.”

Signed copies can be purchased through The Artists’ Gallery at a special holiday price, as well as through Barnes & Noble and Amazon. Horn had been hoping to organize an exhibit where he could sign copies and talk to fellow art enthusiasts in person, but the COVID-19 pandemic brought those plans to a halt.

“I still want to do that, but obviously I want to wait until people feel comfortable being in public again, like we used to be,” Horn said.

In the meantime, he has continued to work on plein air paintings and larger oil and acrylic concepts in his spacious home studio, his 10-year-old Irish Jack Russell Terrier, Dempsey Jack, either at his side or dozing in a sun beam. The painting Horn is pictured working on on the cover of his book, titled “True Man of No Merit,” now rests completed on its easel in the middle of the studio, abstract and representational ideas melded together to create something wholly his own style.

While he wasn’t able to exhibit his work in person this year, Horn still received recognition through two national awards. Large oil painting “The Conversation,” which depicts three woman chatting outside a storefront, won second place in the Oil and Acrylic category at The American Artists Professional League’s Members Show in New York City while “The Travelers,” depicting a busy subway station, won the Painting Award at the Connecticut Academy of Fine Arts’ 109th Annual Exhibition.

Even so, awards and the money Horn might make from sales are less important than the purpose creating has given him since he began taking art classes as an 8-year-old.

“I talked a great deal in the book about creativity being more important than the product,” Horn said. “In other words, the act of creating something in terms of what it means to us in our life is more important than the end result because it gives us a sense of purpose, and it's something that is extremely difficult to verbalize, but all artists know what that means. It's a way to tap into the essence of what it means to be, to exist.”

This philosophy of art provides the backbone of the book, accompanied by many full-color images of his own work over the years as well as historical and contemporary illustrations.

“It's my feeling that we are all—all human beings—creative beings, and that's such an important part of who we are,” Bruce said. “And yet, our culture, our society does not support that. It always takes a back seat in education and with monetary support. Every time there's a fiscal problem, the first things that get cut are the arts, but it's that need that we have to create that makes us whole, and gives us a sense of balance and a sense of well-being.

“We neglect it, but we need it. Especially people working hard, trying to get ahead, paying bills, raising the family—you need a creative outlet. You don't have to be a great artist, you don't have to say anything that's profound or anything like that, but you just need that experience.”

Bruce Horn's "The Art of Being an Artist" can be purchased at The Artists' Gallery, 17 N. San Francisco St., Barnes & Noble, 701 S. Milton Rd., or through Amazon. Learn more about the artist at www.brucehornart.com.

Billie Eilish: People don't know anything about me

Billie Eilish: People don't know anything about me

Demi Lovato reveals what led to their 2018 overdose

Demi Lovato reveals what led to their 2018 overdose

In "The Art of Being an Artist," Bruce Horn explores the history of art and his own philosophy on creating.