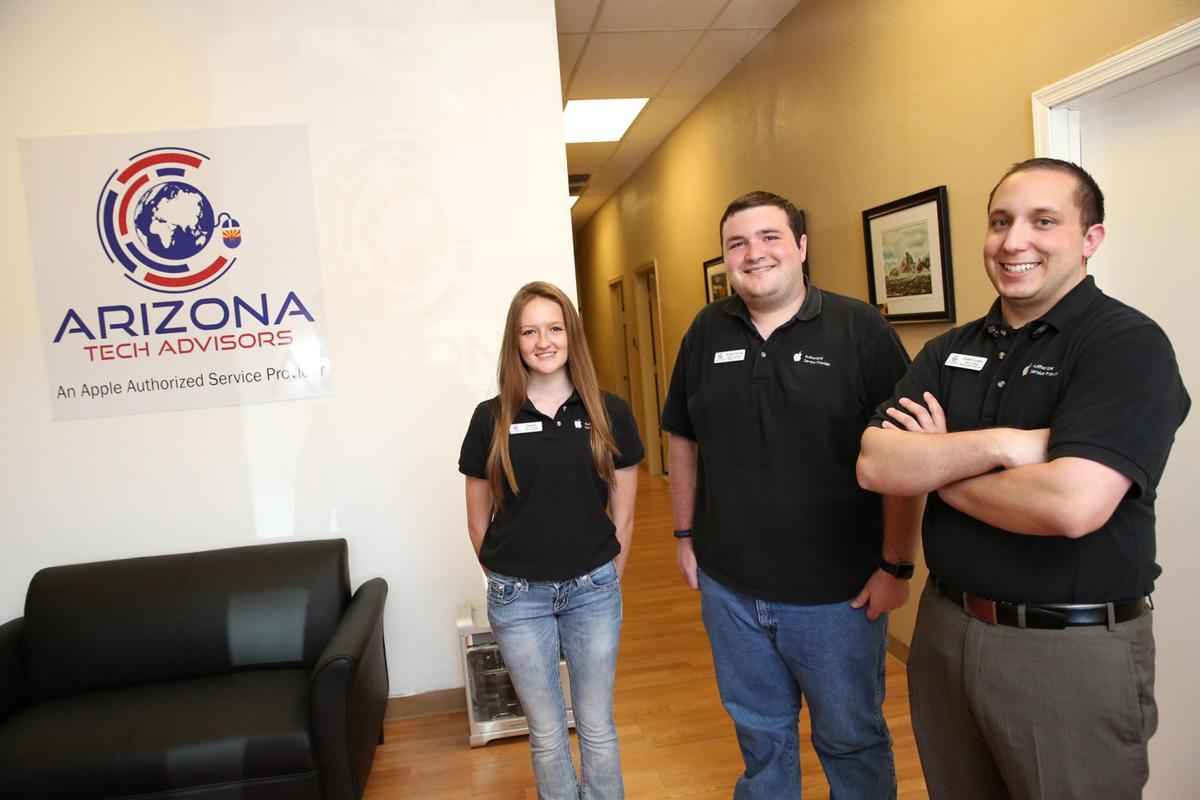 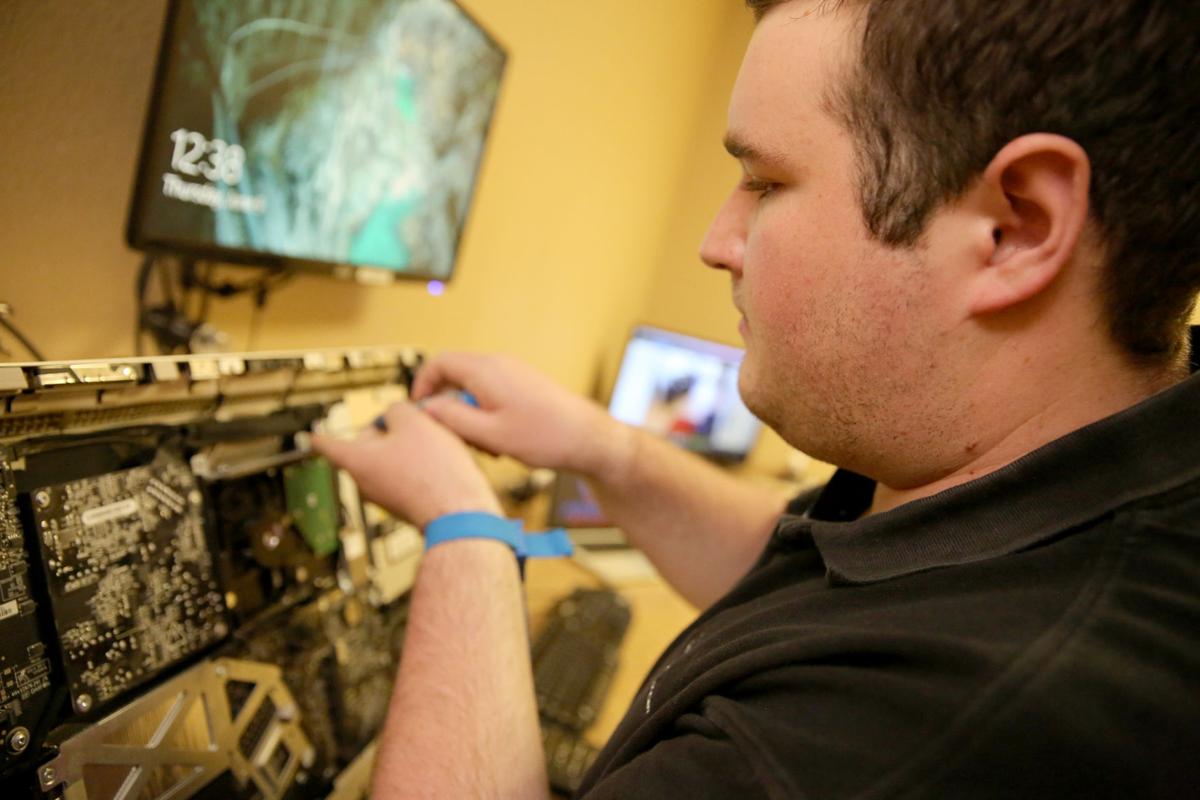 Finding a fix for your Apple computer, iPad, iPhone in Flagstaff used to mean either a drive to the nearest Apple store in the Phoenix area or to Sedona or Prescott for an authorized Apple service provider. Or you take the risk of voiding your warranty with Apple and take it to a local unauthorized service provider.

Drake Louks and Nathan Poirier opened Arizona Tech Advisors in September. The computer repair, consulting, installation and training shop is the only shop in town that is an Apple authorized service provider.

Louks got the idea for a computer repair and consulting business while flying home from a vacation.

“I had stopped by a Best Buy and checked out their Geek Squad prices,” he said. “It was like $75 to $100 to connect your TV to your DVD player.”

Louks figured he could do something similar for a lot less and provide better service. A number of his friends and family laughed at the idea of him starting his own business, but one high school friend, Poirier, said he wanted in on the idea.

Poirier was working at Flagstaff Medical Center at the time and Louks was a deputy at the Coconino County Sherriff’s Office. On the side, the two started Teach Me Tech in the Phoenix area, which focused mainly on setting computer systems, networks and training for local businesses. As the two worked to expand their reach, they became an Amazon Home Services Partner and Louks continued to work on his degree at Northern Arizona University.

Last year, a family emergency drew Louks back to Flagstaff. When he arrived, he was surprised to find that Flagstaff didn’t have an Apple Store, the ultra-modern, glass and white-walled shiny storefronts where customers can purchase nearly anything made by Apple. There wasn’t even an Apple authorized service provider in town.

Louks and Poirier decided to look into adding Apple to their growing list of services.

Apple has a very stringent list of requirements before you can even apply to become a service provider for them, Louks said. For example, a business has to be open for at least two years, financial records have to be audited by Apple and the businesses employees have to pass a background check. The entire review took about six months.

Apple also has to be accepting applications at the time you want to apply, which it wasn’t when Louks first looked at the requirements. That didn’t deter Louks, who called Apple and explained why Apple needed a service provider in Flagstaff. Apple called back and asked if they could send someone out the next day.

Despite the fact that Arizona Tech Advisors was in a small storefront and had been in business less than a year, Apple granted Louks and Poirier a contract. The two then had to go through 30 hours of training for Apple’s Macintosh computers, 15 hours of training to work on iPads and iPhones and six hours of testing before they could even touch a customer’s Apple device.

“The testing was more rigorous than any other testing I’ve ever been through, including my training as a law enforcement officer,” Louks said.

Apple requires that its service providers have grounded anti-static floor mats and worktop mats in a locked work area, he said. Techs are also required to remove any watches, electronics or phones they may have on them and ground themselves with a special wristband before working on any Apple products.

In most cases, the crew can turn around a repair in less than 24 hours. This is because Apple will fly parts overnight by FedEx to the shop. Items that can’t be fixed at the shop are shipped directly to Apple or the customer is given a replacement product.

Louks said one of their most common repairs is cleaning up damage from liquid that has been spilled on a laptop or computer. In some cases, the damage is minor and a few tweaks are needed. In other cases, the logic board of the computer must be replaced.

Louks recommends that if you do spill a liquid on your computer that you shut it off and take it in immediately. Do not turn it back on.

Pricing depends on the type of fix and the cost of the parts.

Dumb mistakes you can avoid when investing