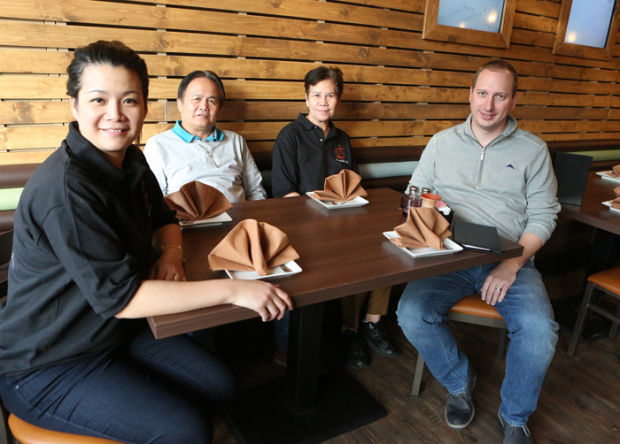 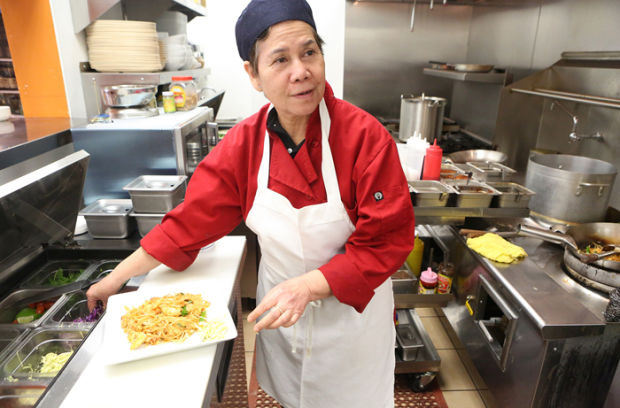 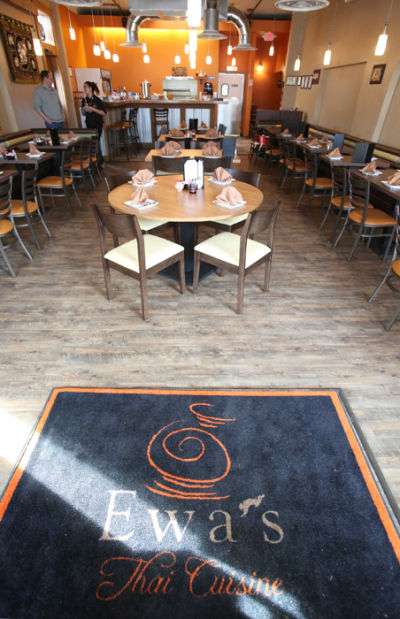 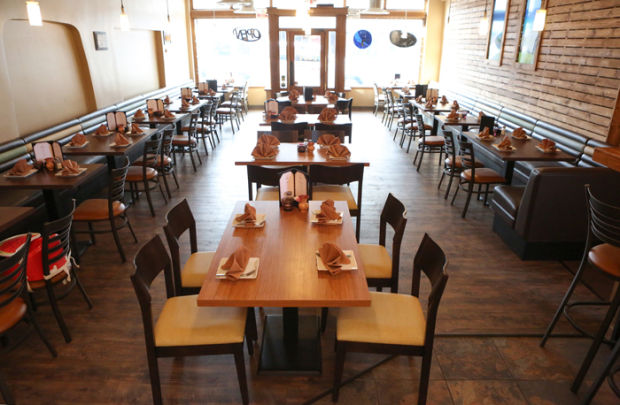 For Tim and Ewa Buschmann, their new restaurant, Ewa’s Thai Cuisine at 101 S. San Francisco St., is the fulfillment of the American Dream and a local success story.

Tim is from Germany and Ewa comes from the northern part of Thailand. Tim moved to Flagstaff in 2004 and Ewa first came to Flagstaff as an exchange student at Northern Arizona University two years after that.

“But this is really Ewa’s story and her dream,” Tim said.

Ewa’s story — and the road to her restaurant — starts with her parents’ insistence on a good education and good food.

“Her father is a famous math teacher in Thailand,” Tim said. “He grew up in a poor rice farming village in northern Thailand and really wanted to go to school, but the village didn’t have one.”

The closest school was five hours away by foot, he said. Her father, Pitakkul Balorpet, would get up early to get his chores done and then make the long trip to school every day. When he got older, the villagers got together and purchased a bicycle for him to ride. He went on to get his degree and teach mathematics at one of the largest high schools in Thailand.

Her mother, Siraya, was a chef at the school and started her own catering business.

Ewa is an only child, and in Thai culture, the youngest daughter is typically tasked with making sure the parents are taken care of as they get older, Tim said.

“But her parents also wanted her to get a good education and live her own life,” he said. When Ewa graduated from high school, she started taking classes in hotel and restaurant management in college. In her last semester of college, one of her professors was so impressed with her work that he nominated her for the school’s student exchange program with NAU.

The family took out a $20,000 loan so that Ewa could participate in the program, Tim said.

“Which is pretty hard on a teacher’s salary,” he said.

Ewa worked hard over the summer to repay her parents.

She found it hard to be away from home and immersed in a totally different culture, and it was difficult for her parents to have her so far away.

At the end of the semester, Ewa found herself in a difficult situation: She wanted to go home to her family, but was a little short of funds to make the trip. Extended family that lived in California encouraged her to visit and work in their restaurant. The family also knew someone that was interested in opening a Thai restaurant in Flagstaff.

After making the trip to visit her parents, Ewa came back to Flagstaff to help open Pato Thai Cuisine on North San Francisco Street.

About six months ago, Ewa sold her share in Pato and started work on opening Ewa’s.

“We both had an image of what we wanted,” Tim said.

But finding an affordable building to rent was a bit tricky. The two eventually found the building on South San Francisco and then things really began to bloom.

The couple didn’t have an unlimited supply of money to pump into the building, which was in need of some work, but the contractors they hired were more than willing to help out, Tim said.

People were entranced with Ewa’s story and the couple’s determination to add to the renovation of Southside. Contractors made suggestions to help cut costs, offered discounts and put the couple in touch with other contractors.

“Everyone was willing to give something. Everyone really worked hard to establish Ewa’s dream,” Tim said. “We owe all of them.”

As work proceeded on the Flagstaff building, Ewa’s mom was in Thailand perfecting the recipes that would later become the staples of the restaurant’s menu.

“For about six months, everyone in their village ate really, really well,” Tim said with a chuckle.

Once the repairs to the building were done, Ewa’s parents made the trip to the U.S. to help open the restaurant.

Four months later, Ewa’s mom is still in the kitchen helping prepare authentic northern Thai dishes made from scratch from food and spices that are delivered to the restaurant fresh every day.

“It’s got a slightly different taste and color than some of the Thai dishes that some of the other Thai restaurants serve,” Tim said.

It can also be a bit spicier, so there are some people who really enjoy it and others who are disappointed, he said.

“But that’s OK. We don’t exist to make money,” he said. “We just want to be part of the downtown experience.”

Ingenious ways to earn income from your property

Ingenious ways to earn income from your property

Reasons opening a Health Savings Account (HSA) will save you

Reasons opening a Health Savings Account (HSA) will save you