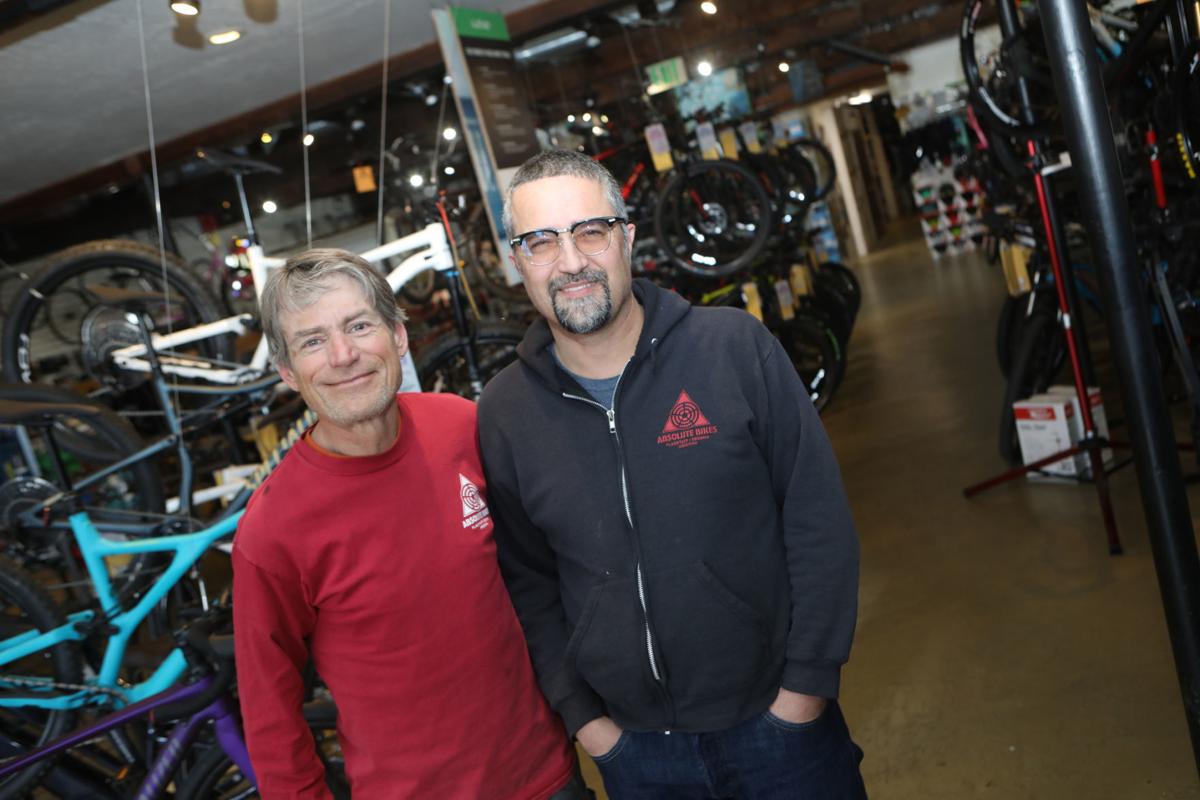 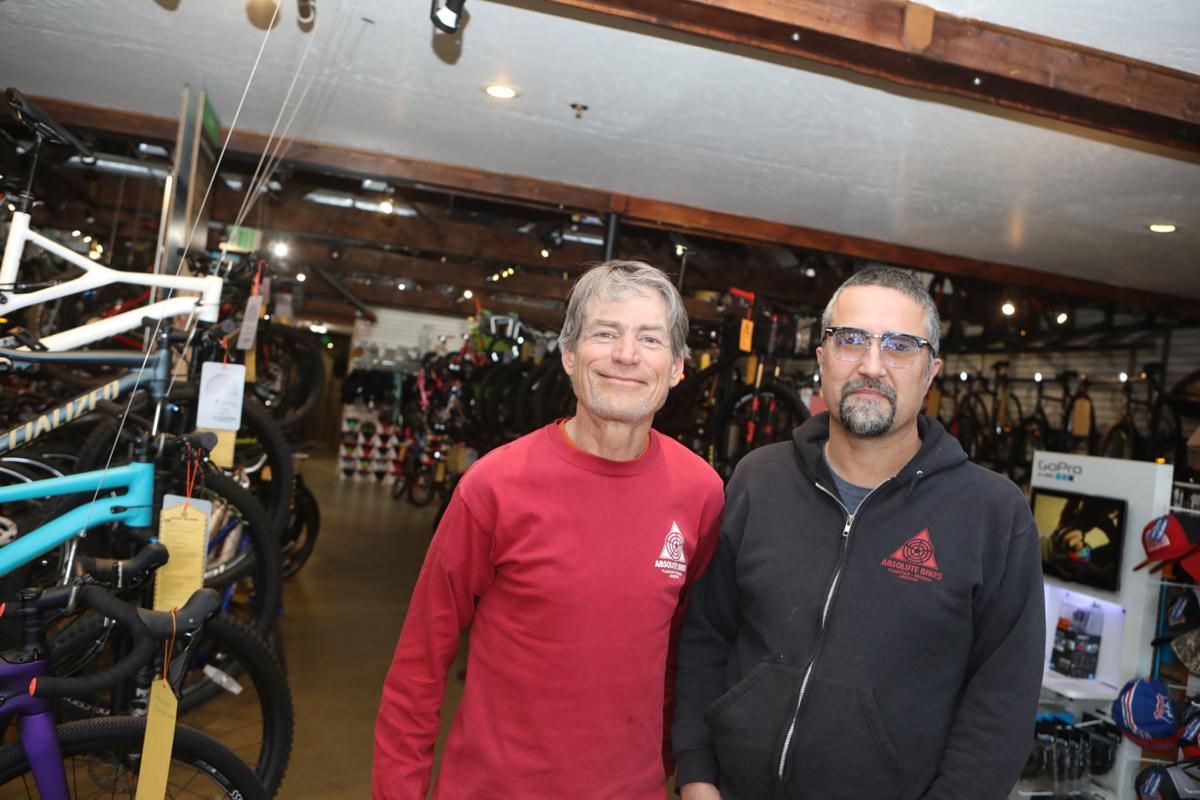 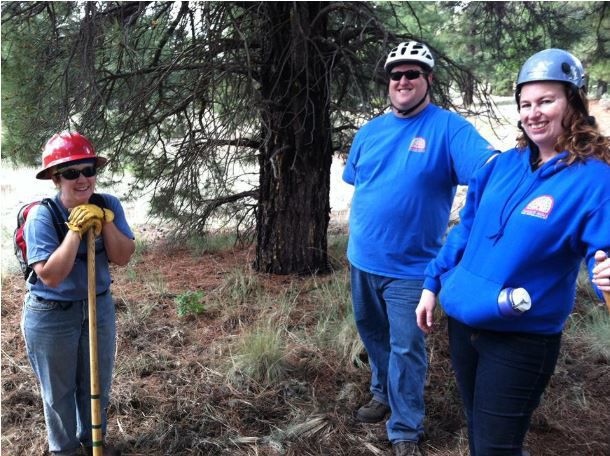 When Absolute Bikes opened in 1989, the bike scene was very different in Flagstaff, according to Ken Lane, who founded the shop 30 years ago with two friends.

“The few trails that we had to ride were hiking or motorcycle trails,” Lane said, adding that mountain bikes were just starting to gain acceptance back then. “Bike buyers often had to be convinced that a skinny tire, drop bar, 10-speed wasn't really the bike they wanted. Upright bars and wide tires made riding more fun though.”

Fast forward three decades and the bikes have gotten much better, along with Flagstaff's bike lanes and trails, Lane said. In fact, Flagstaff is recognized as a Silver Level Bicycle Friendly community by the League of American Bicyclists.

In 2001, Absolute Bikes made the switch from using paper and pencil for bookkeeping, payroll, taxes and ordering to using a computer.

E-bikes have really taken off in the past few years, Quintile said, adding that although the electric motor assists the rider as they pedal, the rider remarkably ends up getting more exercise out of them than standard mountain bikes.

“Because you’re getting more back than you put in, [e-bikes] encourage you to ride a little harder,” he said.

Around 2003, Absolute Bikes opened its Sedona location, in which it shares products and staff. Quintile said it was in the last 10 or 15 years that mountain biking really took off in Sedona thanks to the expansion of trails and tourism.

“You can find good singletrack trails with pine trees in Flagstaff or Colorado or Oregon, but the unique backdrop of Sedona really draws people in from all over the world,” Quintile said.

Before Absolute Bikes’ Sedona location opened, people would come up to Flagstaff from the Verde Valley specifically to go to Absolute, he added.

In 2008, Absolute Bikes made the move from renting its downtown location on North San Francisco Street (now Brightside Bookshop) to purchasing the building at 202 E. Route 66. The new location provides a much larger area for the bikes to be spread out and for highly-trained staff to help customers, Quintile said.

In the last decade, management has focused on community efforts, enlisting volunteers to help with trail work and community events

“We don’t really have a lot of money to donate, but we want to support cycling and our community actively. This is one way we do that,” Quintile said.

Community outreach through the past few years paid off, and besides being named the only platinum-level bike friendly business in the state of Arizona by the League of American Bicyclists, Absolute Bikes was also named one of America’s best bike shops by the National Bicycler Dealer Association for five years straight.

“We had well over 200 people show up. We got to feed and thank so many of our friends and customers,” Quintile said.

In addition, a raffle at the bash raised nearly $1,700 for the Flagstaff Biking Organization Trail Fund.

So what will Absolute Bikes look like in another 30 years?

“We will be selling flying e-bikes and probably also still tuning bikes that we are selling this year,” Quintile said.

Flagstaff seeks gold as a bike and pedestrian friendly community

At the end of 2018, Flagstaff was recognized as a silver level community by the League of American Bicyclists. The city also holds the bronze …

Uplifting story, but Flag Bike and Fitness on 4th st. is where it's at. Love the small town competition, but my fealty is loyal to the east side realm here. If you're an OG Flagstaffer you won't disagree.